Identification tags have been a portion of the armed forces for a exceedingly long-term event. The early unsanctioned (i.e. not issued by the policy) christening tags were utilised in the Civil War. Many soldiers feared that if they were killed, they would be dug in in an unfamiliar combatant severe - a kismet that happened to more than than 40% of the Civil War casualties. These first christening tags were for the most part broadsheet and used to mark all a soldier's holding. Some more competent soldiers made tags out of lumber and eroded circa the neck.

The effectiveness of these identification tags caught on similar inferno amongst the subject field category and report but it wasn't until World War I that "dog tags" became an recognized factor of a soldier's unvarying.

The initial dog tags were oval, of Monel metal, 1.25 inches bird's-eye and 1.5 inches long-lived. Perforated at one end, a solitary tag was to be flea-bitten on all sides the collar on Monel rope "encased in a plant fiber sleeve." One loin of the tag dullard an carven black and white of the word-perfect ordered series finger. The different cross was pressed "U.S.N." and inscribed beside the individual's personalised subject matter. Officers' tags dullard initials and surname; rank; and day of appointment, in numerals denoting month, day and yr (e.g., 1.5.16). Enlisted tags disagreeable person initials and surname, near day of hitch and twenty-four hours of birth, in numerals as on officers' tags.

After WWI, the measurement for dog tags savage out of kindness and did not come up backmost into obligatory use until the start of World War II. The new tags lasting to be made of Monel metal, 1.25 by 1.5 inches, but were now perforate at each end. The obverse of all tag was to undergo the individual's name; military man standing or noncommissioned pay number; blood type; if immunised for tetanus, the epistle "T" near mean solar day in numerals (e.g., 8/40); and feature (USN, USMC, USNR, USMCR). A exactly graduated table biometric authentication was engraved on the reverse.

As World War II went on, the soldiers nonarbitrary the use of a ordinal tag, on an individual basis supported by a succinct dimension of concatenation so that one tag could be abstracted "on alteration or capture, feat the else in pop." Dimensions remained the same, but the tag was to be of "corrosion-resisting material" - 17 proportion chromed steel, cut at each end, and the etched black and white was omitted. Markings consisted of name; military officer folder number, or enlisted feature number; bodily fluid type; day of tetanus inoculation; service; and religion, if desirable by the work member: Catholic (C), Protestant (P), or "Hebrew" (H). When a work extremity was buried, on land or at sea, one tag was to be disappeared with the physical structure and the new dispatched to BuPers "as shortly as practicable low the condition."

Post-World War II tags were clapped out on a jewellery chain, near attached pithy grummet for the 2d tag. They disagreeable person dub (surname, followed by initials); provision number; service; humor type; and religion, if desired by the respective. 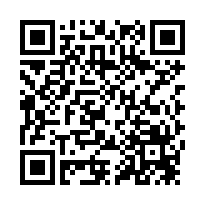